A notable component of Joe Biden’s campaign has been touting a permanent, advanceable $15,000 tax credit to first-time homebuyers. 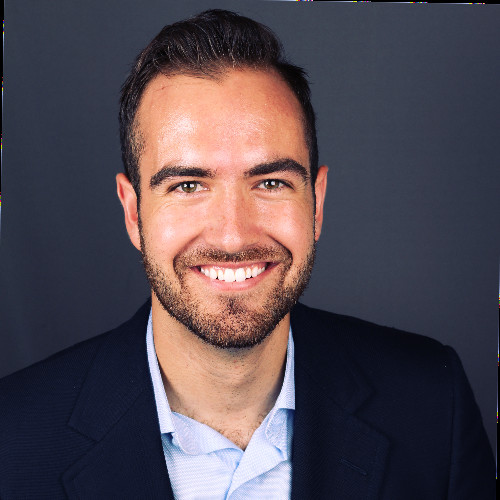 A notable component of Joe Biden’s campaign has been touting a permanent, advanceable $15,000 tax credit to first-time homebuyers. This is part of Biden’s larger housing initiative to provide more access to affordable housing and expand homeownership rates amongst Americans.

Should this legislation—known as the First Down Payment Tax Credit—be enacted, first-time homebuyers will receive up to $15,000 at purchase, allowing them to immediately use it towards the down payment or closing costs.This is a departure from similar tax credit legislation from the Bush and Obama administrations where the credit wasn’t issued to homebuyers until their next tax filing.

Though there isn’t set timing for this legislation, with Biden securing a win, the First Down Payment Tax Credit is closer to becoming a reality. On top of the current first-time home buyer down payment incentives, this will not only change the affordability of homeownership, but greatly affect lenders and the mortgage industry as a whole.

Here’s what lenders can expect, and how they should prepare for this historic legislative change.

An increase in mortgage applications—particularly in more affordable regions

The basis of this legislation is simple. By giving people money to put towards home-buying—it becomes more affordable, and therefore, more accessible. Though it’s not clear at this time how much volume will increase as a result of the First Down Payment Tax Credit—increased accessibility will inevitably result in more buyers and subsequently, the number of mortgage applications.

Another thing lenders need to consider, however, is that housing affordability varies drastically across the United States.

Furthermore, under current legislation from President Trump—deductions for state and local property taxes are capped at $10,000, while the standard deduction has doubled—likely leading to fewer homeowners itemizing taxes. In addition, mortgage interest is tax deductible on the first $750,000 of principal. The old limit was up to $1 million of principal.

Given this, these changes may actually weaken incentives for homeownership in expensive coastal cities in California and the Northeast not only due to high home prices but the fact that residents pay state taxes on income as well as property.

Though there isn’t specific wording addressing age or diversity within the legislation—it’s clear that the First Down Payment Tax Credit plan will most affect Millennials/Gen Z and minority home-buyers who traditionally have less capital, and lower home ownership rate.

For millennials, saving for a down payment has been out of reach due to mounting student loan debt, and rising home prices. In 2017, the Urban Institute found that 68% of renters cited saving for a down payment as an obstacle to homeownership. For some minorities, down payments are even further out of reach due to large racial wealth gaps, lower incomes, and a historical lack of familial financial assistance when it comes to home-buying.

According to Lawrence Yun, chief economist at the National Association of Realtors, this legislation could speed up the home buying process by roughly three years, making first time home-ownership far more within reach for all Americans.

This means that lenders should expect that not only will the overall volume of mortgages increase, but the the demographics of applicants will most likely change as well—with an increase in non-white buyers, and a decrease in average age. Specifically in regards to the increase of younger applicants, lenders should also expect to see limited credit histories, and possibly lower scores given that a younger cohort of applicants have had less time to build up credit than the current demographic purchasing homes today.

What lenders should do

Given that this legislation will increase affordability for homes, there will most certainly be a bump for the entire mortgage industry. Depending on the timing of its enactment— the First Down Payment Tax Credit plan may add on to the current volume we’re seeing with low COVID-19 interest rates, and further increased workloads for lenders.

In anticipation of this, lenders should be making preparations now to handle even larger volumes such as outsourcing verifications, tailoring borrower criteria, and staying informed.

At Truework, we’re on a mission to help offset work for lenders while streamlin the lending process. We simplify the verification piece of the mortgage application process through tech-enabled automation and our industry-leading team of mortgage experts, so lenders have more time to focus on what matters. Learn more about Truework, and what we can do for you.